Our focus is our members. How can we help you?

APA QLD members have access to the State Liaison Officer and our Industrial Advisor. APA QLD can also provide access to multiple Legal Firms when the need is required.

Helping members to lodge grievances, attending meetings members have with management as a support person, and generally giving guidance in dealing with problems.

Your APA QLD Statement for the last financial year.

Studying to be a Paramedic? 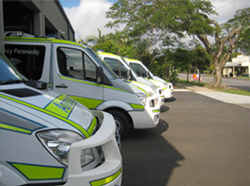 A Message From Your State Secretary.

APA QLD has a proven track record of providing industrial support and advice and legal assistance to its members by providing prompt and responsive support 7 days a week.

Ambulance work does not just take place Monday to Friday, 9am to 5pm, so we have tailored the association around a 24hr job and provide 24hr support.

We understand the job because we work in the job.

The nature of our work is such that every person, every patient, every case is different requiring a more individualised personal approach to your support.

To stay up-to-date with our latest articles click here

QAS Mandatory Out of Service Procedure

The issue of the new “Mandatory Out of Service Operational Procedure” is a hot topic at the moment. Basically, it is a procedure that QAS have put in place to govern the end of shift dispatching on 12 and 10 hour shifts.

APA Qld cannot stress enough to all of our members the importance of fatigue management.

All members should have received an email about this important issue.

Two months ago APA Qld made submissions on behalf of members in the Senate Inquiry into the role of Commonwealth, state and territory Governments in addressing the high rates of mental health conditions experienced by first responders, emergency service workers and volunteers. At that time, United Voice made comments to the effect that APA Qld was “sensationalising or over-stating”. QAS made it clear that its position was that APA Qld’s submissions were unrealistic and inaccurate. A joint project between the Ambulance Employees Association and Griffith University has exposed more evidence that supports what members have been communicating to us and we have been speaking out about. We will continue to speak out about this serious issue.

The AGM is fast approaching, on August 17th 2018 there will be a rule change to allow Privately Employed Paramedics who have a primary workplavce in the State of Queensland to become members of the Association. Professional Indemnity coverage will be available to these members also. For more information pleae check the News Section after the 17th of August, or follow us on Facebook

Please click below to watch a Channel 7 report into the first day of Public Submission. APA Qld had its concerns heard, and the response form the State Government was not supportive of our evidence.

Please find below the link to the recording of this mornings senate proceedings from APA QLD.

APA Qld has lodged submissions in the Parliamentary Inquiry into the high rates of mental health conditions experienced by first responders, emergency service workers and volunteers. Click to view the Submission website and locate Item 73.

APA Queensland members have access to our State Liaison Officer and Industrial Advisor who are available to provide legal and industrial advice.

Member support, offers and discounts - Value added services via companies who have offered to support APA QLD and its members.